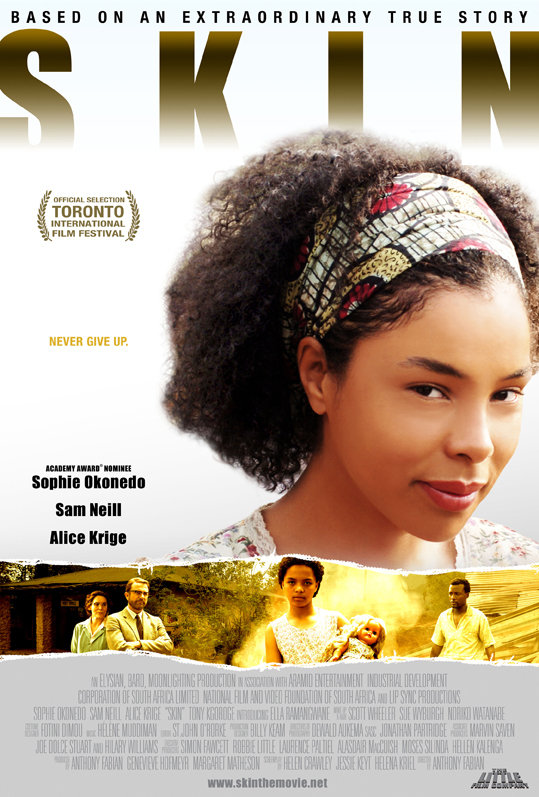 Based on the true story of a black girl who was born to two white Afrikaner parents in South Africa during the apartheid era.

Skin is a British-South African 2008 biographical film about Sandra Laing, a South African woman born to white parents, who was classified as "Coloured" during the apartheid era, presumably due to a genetic case of atavism. Directed by Anthony Fabian and Based on the book When She Was White: The True Story of a Family Divided by Race by Judith Stone.
Tags
Sponsored