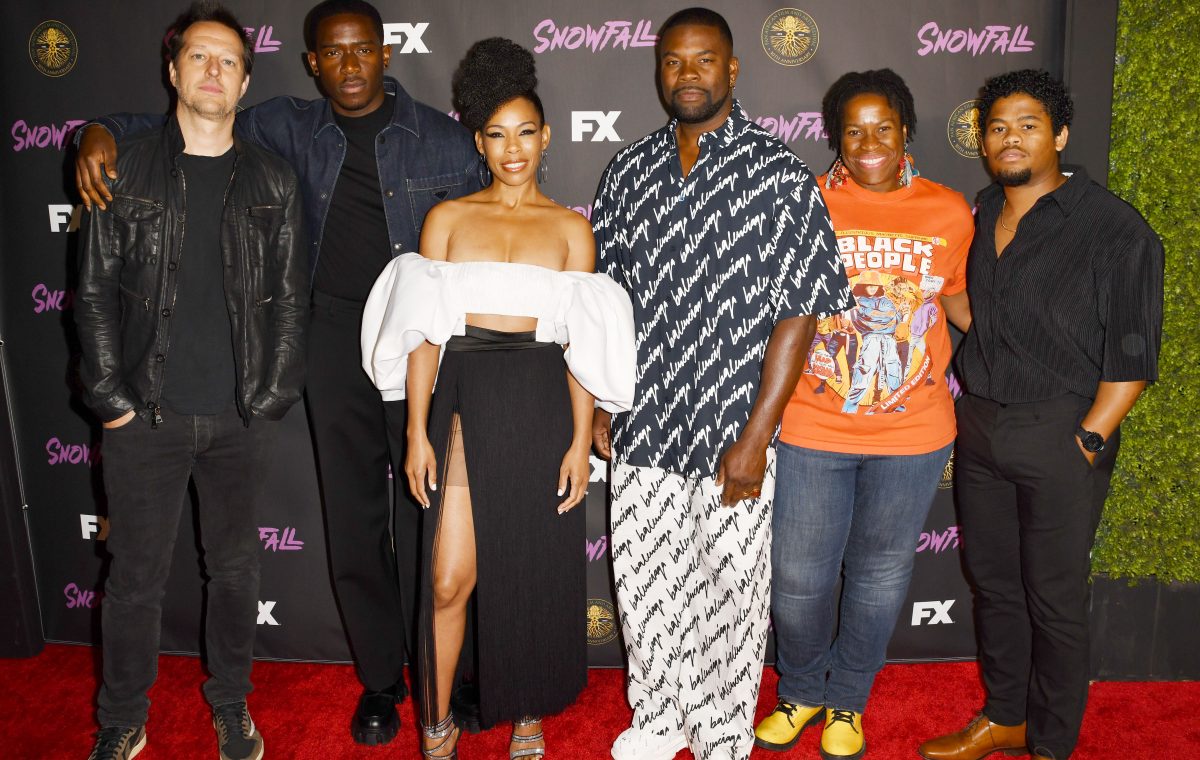 The Pan African Film & Arts Festival (PAFF) continues its 13-day run in Los Angeles through May 1.

The Pan African Film & Arts Festival (PAFF) continues its 13-day run in Los Angeles through May 1.

PAFF’s renowned Artfest made its triumphant return to the Baldwin Hills Crenshaw Plaza after a two-year absence due to the pandemic.

The PAFF Artfest features over 100 established and emerging fine artists and quality craftspeople from all over the world. With an artistic aesthetic rooted in Africa and its Diaspora, featured artists present their creative works using oil on canvas, watercolor and pastels, acrylic paper, glass, ceramics, metal, cloth, plastic, wax, wire, leather, and stone.

In addition to fine art and one-of-a-kind crafts, the Artfest also features the best in designer and traditional fashions, jewelry, home decor, fashion accessories, and so much more!

Representing the perfect mix of both art and culture, the PAFF Artfest brings out over 100K+ visitors from all over Los Angeles, across the country, and worldwide. It is an experience in and of itself.

On the two-year anniversary of acclaimed director John Singleton’s death, PAFF will premiere the winning films from the John Singleton Short Film Competition as its Centerpiece (April 28).  Singleton’s family and friends are expected to attend.

On the 30th anniversary of the 1992 Los Angeles Civil Unrest, the cast of the acclaimed film South Central will gather for a special screening to celebrate its 30th anniversary.  Actor Glenn Plummer, Christian Coleman, Byron Keith Minns, and Carl Lumbly are set to appear along with writer Donald Bakeer.  A Q&A will follow the screening (April 29).

An encore screening of PAFF’s Opening Night film Remember Me: The Mahalia Jackson Story starring Ledisi and Columbus short will take place on April 29 at 5:15 p.m.

Dick Barnett, who led Tennessee State to three straight NAIA national championships followed by leading the Cleveland Pipers to the ABL title in 1962 and winning NBA championships with the New York Knicks in 1970 and 1973, will attend the world premiere of a documentary film about his basketball career.  The Dream Whisperer will screen at PAFF on April 30.  Barnett played in five NBA Finals altogether – three with the Knicks, two more with the Los Angeles Lakers. Barnett will attend the screening and participate in a Q&A afterward.

Stalker follows well-known Hollywood actress Tanya Moore, who is stalked by a mysterious figure and hides out in her hometown. She later becomes involved with two men, and tries to determine if one is behind what is happening to her.

The film stars Meta Golding as Tanya, Christian Keyes as Damon and Tationna Boiser as Shelly who will all be in attendance.

PAFF Celebrates Earth Day with a Discussion on Fracking